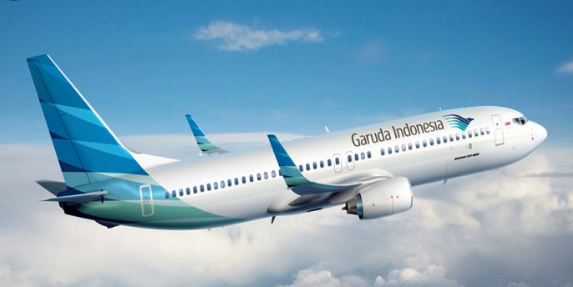 PT Garuda Indonesia (Persero) Tbk will provide a cargo flight fare discount of 50 percent for MSMEs that will export their products abroad. Currently, the delivery mechanism and various readiness are still being finalized.

President Director of Garuda Indonesia, Irfaniaputra, said that the airline will provide special cargo space for MSMEs with a volume of 1 ton per flight. Available cargo flight destinations are Australia, the Netherlands, China, Hong Kong, Jeddah and Taiwan.

"I give UMKM 1 ton bag for each flight, the goods in there, I discount 50 percent," said Irfan at an event held by the Export School virtually, Tuesday (20/4).

Irfan said the offer from Garuda Indonesia was the result of a discussion with the Minister of Cooperatives and UKM, Teten Masduki. According to him, Teten wants Garuda to be able to help with logistics and exports for MSMEs in the country.

However, Irfan wanted a role from the government as well. To do this, MSMEs wishing to export their products must collect them through the Ministry of Cooperatives and SMEs, only then will they be transported by Garuda to the destination country.

"But later if you (MSMEs) have a factory, the business grows, like Indomie, to the whole world via Garuda, then the payment will be normal, right? It's not UMKM anymore," he said.

Furthermore, Irfan said that Garuda wanted to provide special tariff discounts for cargo flights for MSMEs because they were agents of development from the government. In addition, the company sees promising business prospects from its cargo business, especially in the midst of a pandemic when passenger flights are shrinking.

"Why? First, the route is faster. Second, it is cheaper than from (Indonesia) east to Jakarta, then to the destination country, Manado-Narita (Japan) is only 4 hours," he said.

Irfan stated that there would be five international flight routes being promoted as cargo transportation, namely Manado-Narita (Japan), Makassar-Singapore, Denpasar-Hong Kong, Surabaya-Hong Kong, and Padang-Ghuangzhou (China). However, the flight is likely to stick to the current schedule, which is once a week.

"This is quite interesting, but yesterday contained only 32 tonnes of mangosteen. It was flown from Padang (to Ghuangzhou). For other cities, the majority of the contents are marine products, fish," he concluded. (uli / age)